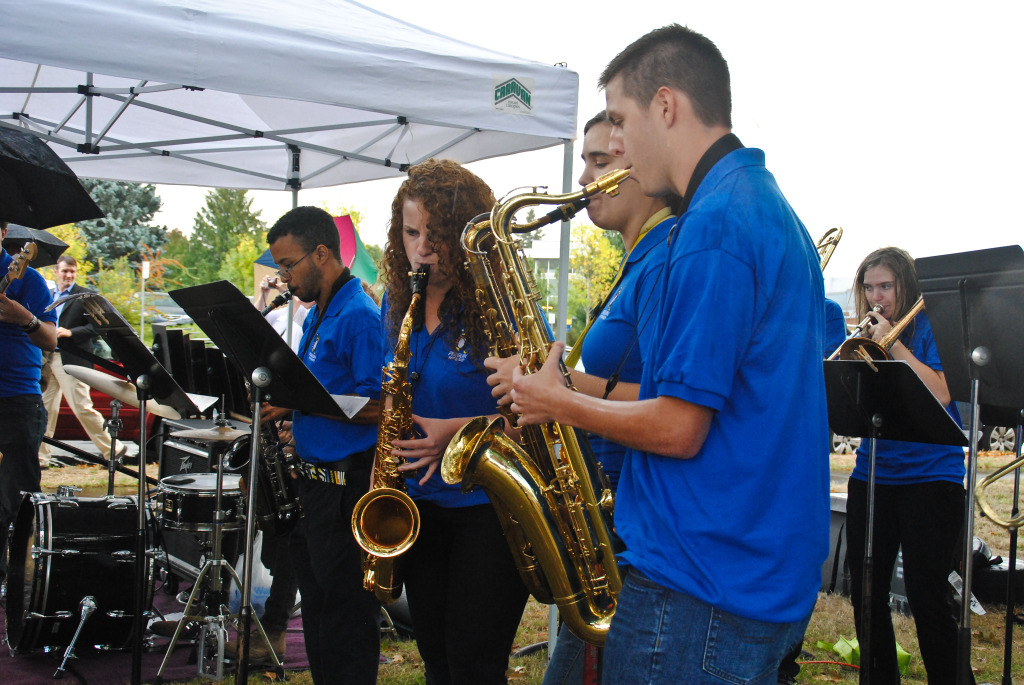 A burst of rain accompanied Clark’s Pep Band as they played Pharrell Williams’Happy song before a crowd of about 60 people on Tuesday afternoon during Clark College’s official groundbreaking of its science, technology, engineering and mathematics (STEM) building.

“When completed, this project will continue to help us do what we have done for over 80 years: train and educate those who will lead Vancouver and the region forward. At more than 70,000 square feet, the facility will be the largest single classroom building on campus. The final investment in Clark will exceed $41 million between state funds and provided by Clark College Foundation for equipment,” said Knight during the September 30 event. 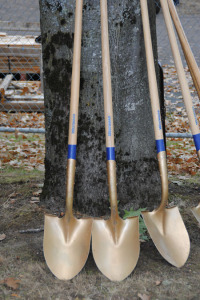 Leavitt spoke about the economic advantages of having citizens trained for highly skilled and family-wage jobs such as in the STEM field. Cantwell’s message outlined the state’s commitment to education and jobs growth and her excitement about watching the building evolve over the next 20 months of construction. 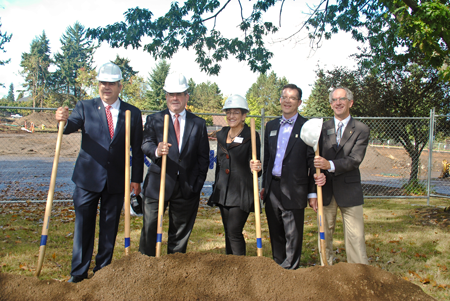 Foster, a mechanical engineering student who began her studies at Clark when she was a teenager through Clark’s Running Start program, said the faculty has opened up a new world for her and satisfied her appetite for knowledge.

“I have learned how things function in the world outside of the classroom. And though not all of the lessons have been enjoyable, Clark College’s STEM program has provided me a safe learning environment that has helped me to learn in spite of my mistakes,” said Foster.Knight, Leavitt, Horton and Foster were then joined by Lisa Gibert, president/CEO of Clark College Foundation and Clark County Commissioner Edward Barnes to shovel the ceremonial dirt that christened the project. The sun shone through the cloud breaks, while cheers erupted from the crowd. Knight thanked the guests for their continued belief in Clark College and for all that they do to enrich the Southwest Washington community.

Construction is underway at the Fort Vancouver Way site and is expected to be completed in February 2016. Currently, the building is slated to open for students by summer 2016, according to college officials. Walking paths from East Fourth Plain Blvd have been rerouted and access to the Clark College Foundation building has changed because of the construction. 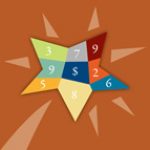 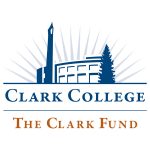