From an innocent child’s game to a random traumatic event, suddenly everything Griffith knew would be challenged. 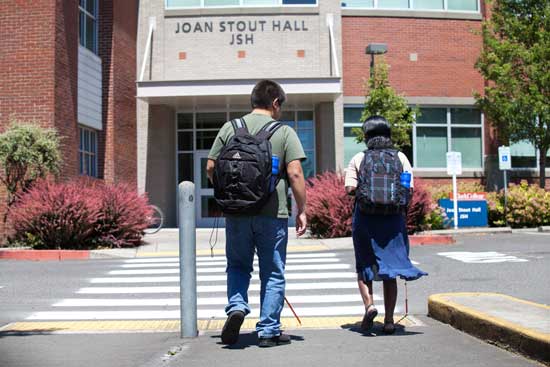 Eight-year-old Abby Griffith was playing tag with her best friend by the river in the heat of the afternoon in the southern Ethiopian city of Wolayta Sodo. As the multi-colored silk dress she wore breezily fluttered at her knees, and the fine sand from the river’s bank pressing between her toes, Griffith reached out to her friend for a chance to tag, when something swiftly parted the tall grasses that edged the sandy shore. A cobra.

Griffith screamed, fear flooded her small frame and set her off balance. She fell to the ground, right in front of the large snake. The startled creature reacted by spitting poisonous venom into her open right eye in the few seconds that she was on the ground. Griffith’s world change forever.

The girl’s scream of panic snapped her girlfriend to attention, who sprinted the short distance back to Griffith’s house to alert her parents. Griffith’s father arrived first, plucking his daughter from the shoreline and throwing her over his shoulder. He ran the two or three miles to the nearest hospital. Over a short time, her right eye would swell to the size of a fist and turn multiple shades of orange. The prognosis was grim: Griffith would lose sight in her right eye and fight to keep it in her left.

The poison from a venomous cobra spreads rapidly, causing extreme pain and blindness. Griffith’s recovery was agonizingly slow and she became increasingly ill. Doctors didn’t fully understand what was happening with her, instead guessing that infection might have set in over the course of the many months that followed the attack. Over the next six months, her left eye began to fail until it too was compromised. By age 9 she was completely blind in both eyes.

From an innocent child’s game to a random traumatic event, suddenly everything Griffith knew would be challenged. At age 9 ½ , she was too old to attend a school for the blind in Ethiopia, spots which are reserved for 6 and 7 year olds, so she had to return to public school with few resources to meet her needs. Something as simple as taking a test required that a teacher read her the questions so that Griffith could respond verbally. Eventually, Griffith’s parents were able to get her training in braille from the local blind school and she became proficient in reading and producing braille on paper.

Griffith–whose birth name is Abebech Yohanis—continued to live with her family over the next four years as she painstakingly relearned how to navigate a new life. Her younger brothers would take her to school and make sure she was accompanied when she played outside. But at the age of 12, another tragedy befell the family; her father died suddenly. He passed away at home despite not showing signs of sickness, leaving the family to guess what happened. Malaria? Heart attack? They never got an answer.

Now single, with four children and one with special needs, Griffith’s mother was at a crossroads. She was unable to financially support her children and there were concerns about Griffith’s future. One day Griffith came home from school absolutely convinced that America was where she needed to go and begged her mother to put her up for adoption in the United States.

“If I go to America, they are going to open my eyes,” Griffith recalls herself telling her mother. She was convinced the U.S. would help her regain her sight.

Though her mother knew her daughter’s sight would not return, she did believe Griffith would have a better life in America, so she made the agonizing decision to put Griffith up for adoption, accompanied by her two brothers.

By the age of 14, Griffith was on a plane to the U.S. with her younger siblings to be greeted by their new adopted mother, Julia Griffith. They would change their names and live in Julia Griffith’s Ridgefield, Wash., home for the next seven years.

Assimilating into a new school is tough; being in one that accommodates special needs, like Washington State’s School for the Blind, is indispensable for student success. Abby Griffith was given tools to grow and thrive physically, mentally and emotionally.

Clark College’s close proximity to Washington’s School for the Blind—it’s location within walking distance of the main campus—makes access to the dream of college a reality.

Today, Griffith is in her second year at Clark after having graduated high school from the School for the Blind and taking college preparatory courses at Clark. This year she began college-level courses like English. Ambitions of teaching the visually impaired are driving her pursuit of education. She also talks to her birth mother on the phone regularly and sees her 16-year-old brother who lives with their adopted mother in Ridgefield and her 18-year-old brother who lives in Oregon.

She lives in a dormitory at the School for the Blind and is enrolled in an independent living program that coaches her on self-reliant activities like grocery shopping, cooking and cleaning.

Living independently means she walks to class, takes the bus, shops at the local grocery store and solves a myriad of daily challenges, such as uneven sidewalks and unfamiliar places.

Though Clark’s campus has many features that comply with the Americans with Disabilities Act to assist the visually impaired, it’s still tough to navigate the campus, according to Griffith.

“It’s way challenging for non-sighted people,” said Griffith adding that she relies primarily on her memory and the landscaping to find her way.

It took her about two months of practice and learning from her mistakes to understand the layout between the buildings when she first set foot on campus.

“There are so many sidewalks, I get lost all the time,” she said.

Some tricks she uses are to feel the grass or other landscape features at the edge of the sidewalk to alert her that Hanna Hall is close by. Or the week before class starts, Griffith repeatedly walks the routes she will travel from building to building, locking the feel of the ground, its rise or fall, into her memory. Then she enters the building, counting the doorways, touching the braille signage until she finds the room in which her class will be held. Sometimes what she finds makes her laugh, like the Braille sign affixed to her English classroom in the Applied Arts building that is misspelled.

“When the season changes the land feels different. I usually still know the route, but it’s not easy,” she said, adding “We (non-sighted) do four or five times more than sighted people do.”

Clark’s resources for students with special needs are focused on assuring that students receive equal access to services and programs. Its Disability Services Department is dedicated to making sure blind students, for example, receive verbal translation of what instructors write on boards in the classroom. Furthermore, these students qualify for extended testing time so they can use technology or have another person assist them with reading written exams. 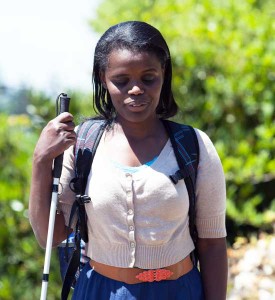 Abby Griffith is a student at Clark College.

Griffith has multiple modern electronic or tried-and-true resources at her disposal for learning such as a Perkins Brailler machine that creates the embossed markings of Braille on a heavy sheet of paper.

Learning by using this technology and having access to quality education, in combination with the School for the Blind’s independent living training, has boosted the confidence of this 21 year old. She holds fast to future plans of renting an apartment and working as a teacher.

The snake encounter that one hot African afternoon may have stolen her ability to see, but it did not rob Griffith of her spirit and tenacity. She’s confident she will one day be a Clark alumna and a contributing member of her community. 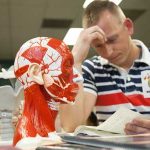 The Language of MedicineEditing, Writing 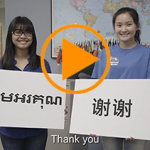 We want to Thank YouEditing