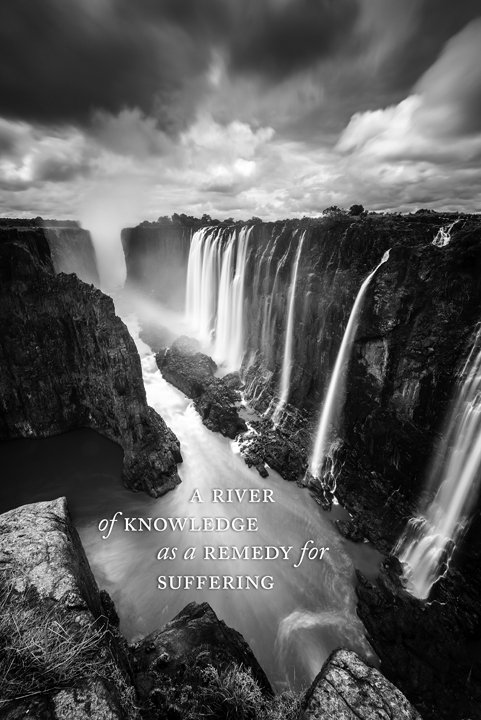 The waterfalls in the Northwest are breathtaking. But when you come from the land of the Mosi-oa-Tunya, “the smoke that thunders,” you have bragging rights.

One of Clark student Takunda Masike’s favorite places is Victoria Falls in his home country of Zimbabwe. This is where he goes to be energized by the splendor of nature.

Though it’s not the highest waterfall in the world or the widest, its 360-foot drop and one-mile width make it the largest flowing falls from its source, the Zambezi River. The single panel of flowing water creates a roar that can be heard for two-dozen miles. It’s a magical place with spectacular views, which is why it’s one of the Seven Wonders of the World.

Takunda, whose name means conqueror in the Shona dialect he speaks, quickly lights up when he speaks of Zimbabwe. At 20, he has to rely on his grandparents’ memories of the Black opposition to colonial rule through the 1960s, and the guerilla war against white rule that followed in the 1970s. Independence came in 1979 and Robert Mugabe is named prime minister a year later. Mugabe has headed the country as president for 30 years—and is today the oldest living head of state at age 91.

Masike is representative of the next generation of Zimbabweans studying in western nations. He’s originally from the bustling capital Harare, but moved to Vancouver, Wash., to join his father and brother two years ago. His father, Tendayi, works as a finance director for Mercy Corps and his brother, Shingai, is a mechanical engineering student at Washington State University Vancouver, and a Clark College alumnus.

The adjustment is perhaps easier for Masike than other international students who come to the United States without family. If there is any sort of complaint, it’s mostly about the weather.

“I miss my friends, the food and the temperate climate. It never gets too hot in Zimbabwe and it doesn’t rain a lot like here,” said the second-year student.

A sharp focus on Masike’s future may ease some of the longing for the familiar. Following his brother’s lead—Shingai was a Running Start student—Masike enrolled at Clark in 2014 with a clear idea of his career path. Generations of college-educated family members have helped encourage his higher education course. His great-grandfather studied in South Africa. His grandfather, father and mother studied at the University of Zimbabwe. His father’s mother was a college-educated accountant. 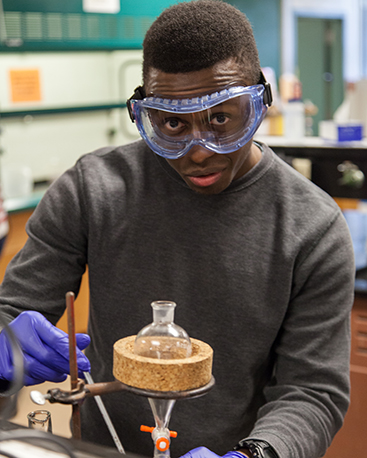 Takunda Masike working on a chemistry project at Clark College.

A voracious reader who has an interest in living organisms and mathematics, Masike started reading studies about drug delivery research and was hooked. Combing through degree options, he discovered biomedical engineering and from there, honed in on his life’s goal.

Pioneered by the Massachusetts Institute of Technology’s Robert Langer, drug delivery is the process of delivering proteins that have been genetically engineered at controlled rates over a continuous time frame. The process works by controlling the rate at which a drug is released and where it goes in the body. However, many medications—even ones with advanced technology associated with them—have dreadful side effects.

Ongoing research projects include investigating long-term delivery of anti-cancer drugs, insulin and vaccines. Targeted strategies research is an area that fascinates Masike. The process works when nanoparticles attach themselves to only affected cells, like prostate cancer cells, then release the medication as needed. They can also release florescent dyes that reveal if the cancer cells have spread, according to the National Institute of Health’s National Institute of Biomedical Imaging and Bioengineering.

Medication that does not target special cells is absorbed by the entire body, effectively hurting good cells as well as the bad cells. Masike is bothered by this type of medication and worries that people unduly suffer from taking anti-cancer drugs. He’s promised himself to do something about it.

“Once you get cancer, you’re guaranteed to suffer whether you are cured or not,” said Masike. “If I can lesson that suffering by doing this research, than I can make a difference and make an impact.”

Like the great Zambezi River that adds to the constant flow of a mighty waterfall, education is feeding Masike’s passions. Clark College is helping form the groundwork from which Masike will build his career as a biomedical researcher. In the short term, he intends to study for a bachelor’s at University of Washington in Seattle, and longer term, pursue a doctorate.

The steps he takes along the way will be central in his achievements. He’s a tutor in the STEM center where he helps his peers with math and science projects, and he’s an international peer mentor, serving as a resource for new international students.

“I help them feel more comfortable. It’s about a smooth transition and having someone they can come to when they have any issues,” he said.

Masike is a confident young man whose compass is directed toward the greater good of humanity. His education at Clark and beyond is like a river; it gathers momentum and volume as it follows its journey. Masike hopes to someday reach the sea, where he will put his knowledge into practice and stem the tide of suffering. 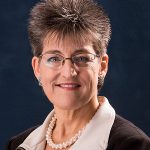