Out of this world

Cody Messick is a doctoral student in physics at Pennsylvania State University and was part of the team that detected the presence of gravitational waves at the Laser Interferometer Gravitational-Wave Observatory (LIGO) in Washington State and Louisiana in 2015. The team of scientists he’s part of won the Nobel Prize in Physics in October 2017. 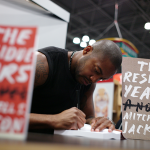 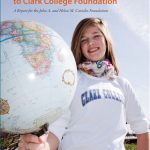