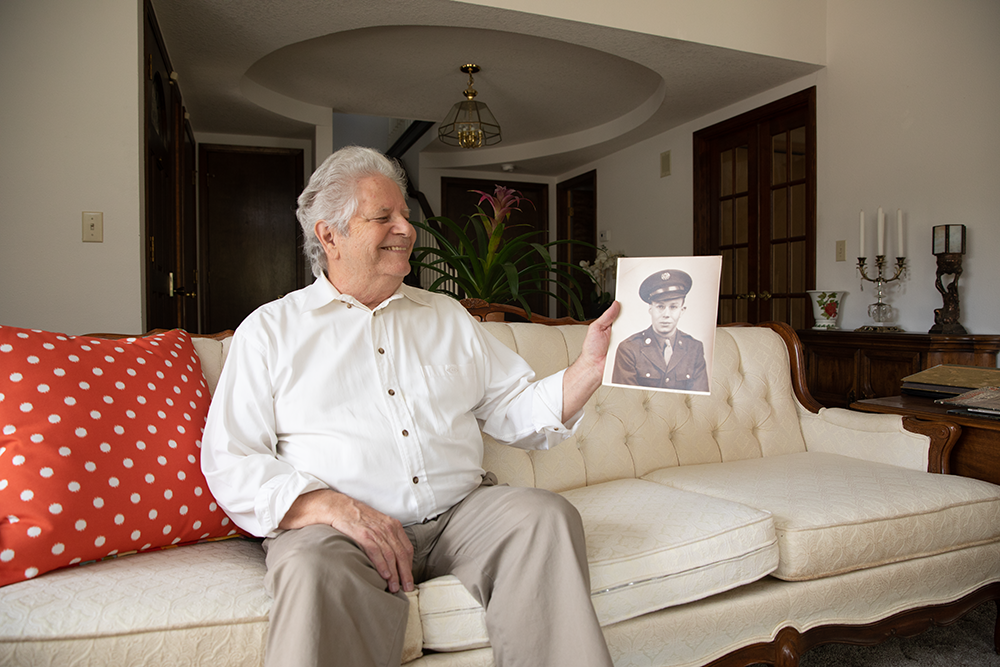 Bob Blanchard holds a photo of his father Robert B. Wallace. Wallace left a $4 million scholarship gift to Clark from his estate.

When Bob Blanchard talks about his father, Robert Wallace, he remembers how conscientious the Depression-era youngster and World War II veteran was about money.

That fiscal restraint eventually turned into a multi-million dollar charitable gift for Clark College, which the college will realize in the near future.

“We would go to this place that had plastic furniture and we would go up to the counter and order spaghetti and they would serve it on plastic plates with an empty cup that you would have to go to the fountain and draw your own Coke.

“He didn’t want me to pay to take him to a nice restaurant. I think that came from growing up during the Depression,” said Blanchard.

Growing up during a difficult economic time in America had a lasting impression on Wallace, according to Blanchard.

Wallace, who was born and raised in Vancouver, lived with his mother on U Street. He enrolled at Clark when it was located at the Hidden House. He biked to school each day. He was one of the 15 students who graduated in 1937, according to the yearbook Galapagon.“He was very frugal,” said Blanchard, 76, Wallace’s only son, but “he was (also) very attuned to investments. He subscribed to the Wall Street Journal until the time of his death and read all the articles on investing.”

Before his death in May 2005, Wallace spoke about how his Clark experience influenced his life and career as a student and vice president of the student body.

“I received more initial encouragement at Clark Junior College than any other school,” Wallace said in an interview for the summer 2002 edition of Partners newsletter, the predecessor of Partners magazine.

After Clark, he served in the U.S. Army in World War II, taking part in the Battle of the Bulge. After the war, he used his GI Bill to attend Washington State University in Pullman, then landed a job at DuPont in Tri-Cities, Wash, as a mechanical engineer. Later, he moved to South Carolina to work at a nuclear plant, then to Ithaca, N.Y., to work at DuPont’s Remington Arms facility. He finished his career at its headquarters in Wilmington, Del. His career at DuPont spanned about 28 years. 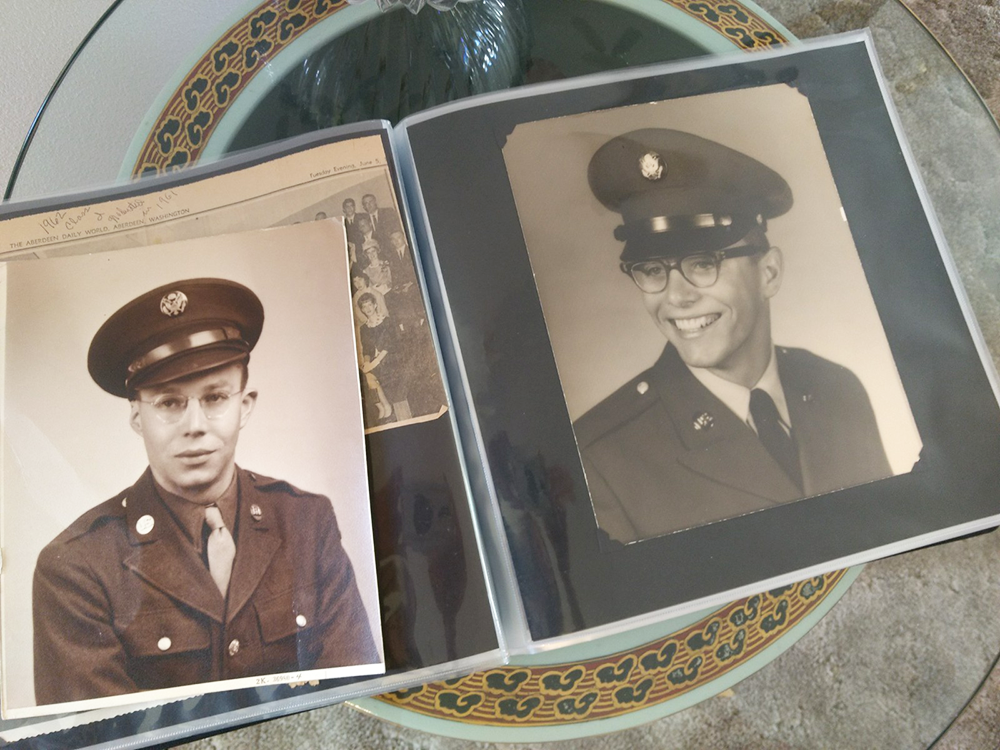 Left to right, Robert B. Wallace and his son Bob Blanchard in their official Army photographs.

Over the years, Wallace made investments and accumulated wealth. In 1988, while living in Wilmington, Del., he set up a living trust. Upon his death in 2005, the terms of the living trust directed that a charitable remainder trust (CRT) be created to provide for his family. After all of Wallace’s beneficiaries pass away, the balance of the CRT will be distributed to Clark College Foundation to support scholarships.

Today that charitable remainder trust is worth $4 million. It will be the largest single gift for scholarships that Clark College Foundation has received in its 45-year history. The fund will be called the Robert B. Wallace Scholarship Endowment.

Blanchard granted this interview during a difficult time in his own life, because he wants to share the story of his father and the legacy that Wallace has left for future Clark students.

“He (Wallace) wanted his money to help (less fortunate) students. He didn’t think it would be a good idea to spend money on a building. The money should be used for scholarships,” said Blanchard.

The Robert B. Wallace Scholarship will be available to full-time students in all areas of study who have financial need, demonstrate solid academic achievement and exhibit high personal standards.

This type of scholarship fits into the category of flexible scholarships, which provide for emerging careers found in areas such as advanced manufacturing. The scholarships also help students stay in school and complete their studies. 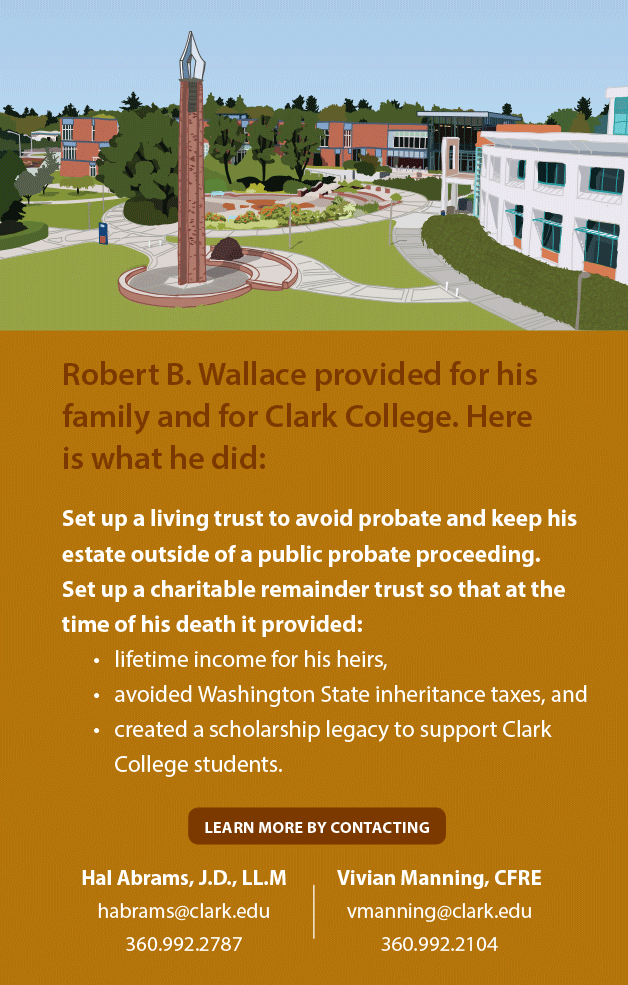 Wallace’s thoughtful and long-term estate planning will shape the future of the community by providing opportunities for students who otherwise might not have access to higher education. 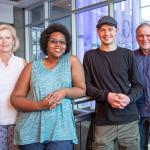 Flexible and agile to the finishEditing, Writing