After 13 remarkable years, President Robert K. Knight is stepping down as the leader of Clark College and the Penguin Nation on July 15. In recognition of Knight, Clark College Foundation celebrated his legacy at a private gathering on Tuesday, July 9, 2019, at the Hilton Vancouver. More than 175 people were in attendance to wish the president well and enjoy a specially produced program. A “This is Your Life” theme showcased a few of Knight’s personal and professional friends and included many funny moments. Former Clark trustee Royce Pollard talked about the similarities and differences of his and Knight’s military career. Rick Takach, a long-time friend, quipped about funny nicknames, like Hoohah Bob. And Foundation CEO Lisa Gibert, dressed as Oswald, surprised the audience when she stepped out of the costume to share her memories. Tanna Engdahl, spiritual leader of the Cowlitz Tribe, joked with Knight before presenting him with a gift and wishing him “a smooth trail and strong moccasins.” Finally, Knight took to the stage to thank the many donors and partners who helped to transform Clark College’s campuses, programs and scholarships. And as is common during his remarks, Knight reminded the crowd that Clark’s focus is and always should be “all about the student.” 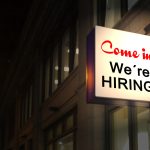 Searching for the Next Penguin in Chief podcastAudio/Video 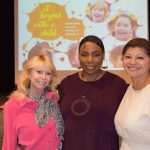 It begins with a child podcastAudio/Video, Writing