A Navy veteran would have dropped out of college for the third time had it not been for Clark’s Veterans Resource Center. An Army veteran had to give up her military career after she started having seizures. That Army veteran’s work-study job at Clark helps feed her family and the coursework she’s doing will someday land her a job in a field that pays a living wage.

These are two examples of the hundreds of students who are successfully navigating civilian life thanks to Clark’s Veterans Resource Center (VRC), which opened in 2014.

“Without the support I received these past two-plus years, I would have quit,” said Alison “Ali” Warlitner, the Navy veteran. “I wouldn’t have been able to afford all the books associated with getting a degree… Without support, there would have been months where I had to choose between mortgage and groceries.” 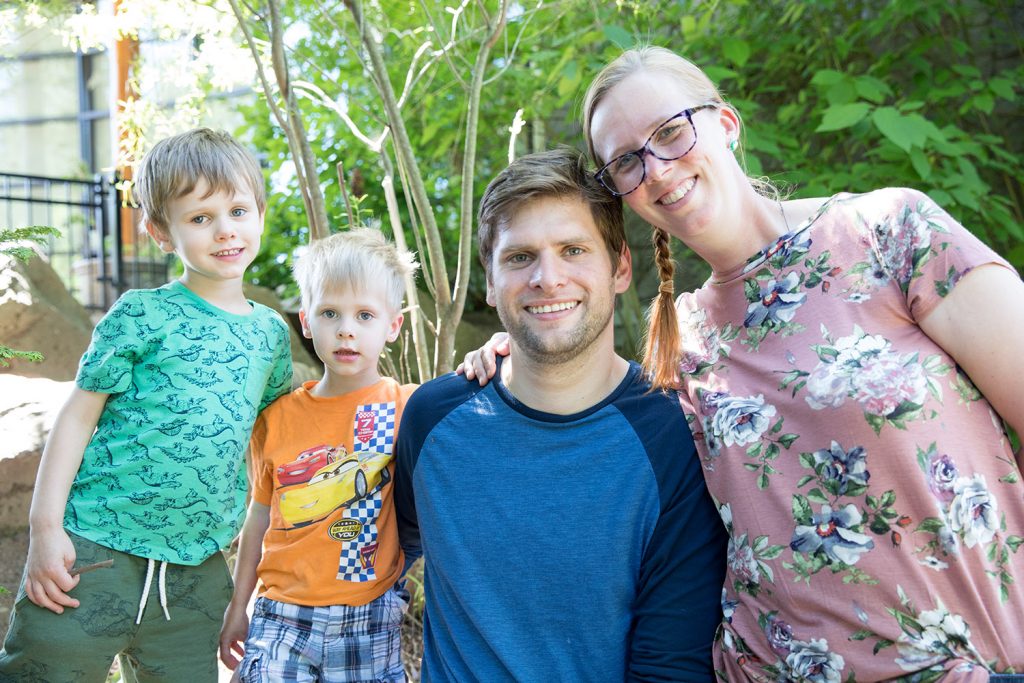 “The VRC is an integral part of this college because it’s a safe place for veterans to go and just be,” she said.

The VRC is one of multiple services available to Clark students, and a critical one within Clark’s guided pathways model. Guided pathways is a national endeavor to make community colleges more effective by creating clear educational pathways leading to employment. It creates mobility and equity for students during their collegiate experience by relying heavily on wraparound services augmenting their educational journey.

Warlitner, like all student-veterans, is not your typical student. She served on a warship, repaired multimillion-dollar ballistic missile trackers and was slammed into the side of a ship by a giant wave while at sea.

Warlitner, 34, was an electronics and telecommunications technician and supervisor at the Naval Computer and Telecommunications Area Master Station Atlantic in charge of more than 2,000 maintenance procedures each year. One of her assignments was aboard the USS Cole destroyer from 2011 to 2014. Yes, that USS Cole—the one attacked by suicide bombers while refueling in a Yemen port in October 2000.

One reason Warlitner enlisted in the Navy was for the education benefits. After completing her active duty service in November 2016, she and her Navy husband, Scott, drove from Virginia to Portland, Ore., with their two children to move into her parents’ home. Warlitner was familiar with Clark and by January visited Clark’s campus to see how to enroll. She was pointed to the VRC.

“For the first time since coming home from active duty, I felt like I was actually home,” said Warlitner.

“I walked in and told people there I had no idea what do to,” said Warlitner, who now serves as a Navy reservist. People at the VRC quickly helped her figure out the GI Bill process, what program to target, and how to register for courses, all in a few days. It was Wednesday. Classes started the following Monday.

Navigating college is challenging for every student. However, for veterans—who are usually older than their classmates—there are extra layers of effort. Veterans bring alternative life experiences to campus, including combat, physical injuries and mental trauma.

“I spent four years working on a warship. I watched missiles fly over Haifa [Israel]. I swam in the Dead Sea. I had experiences that college kids don’t generally have. I didn’t fit in except here at the VRC,” said Warlitner. 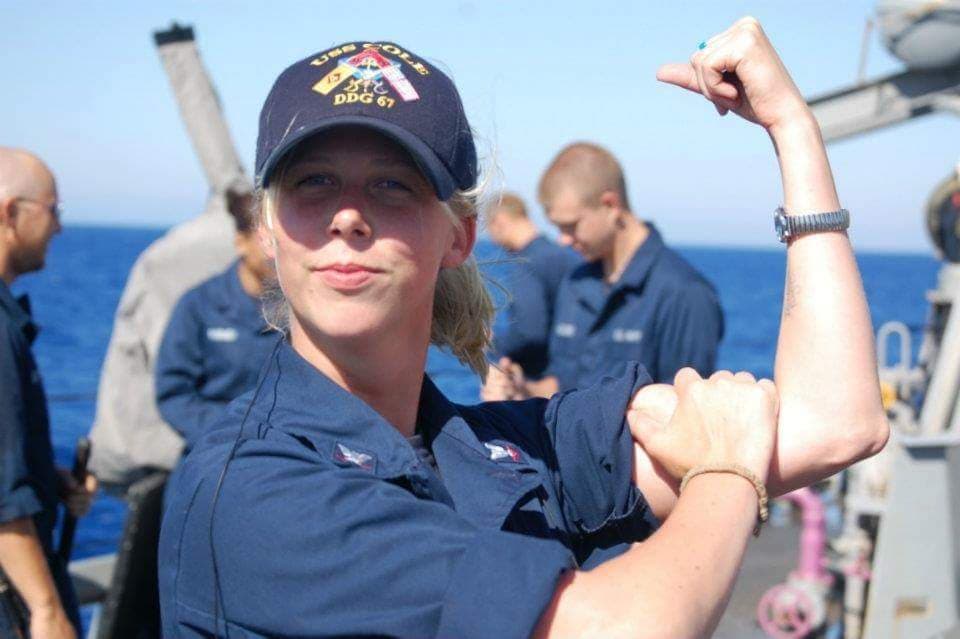 Ali Warlitner is a Navy veteran whose service included time aboard the destroyer, the USS Cole. Photo by Ali Wartlitner

Warlitner and her husband, who attends Clark and is studying art, find the VRC to be a significant part of their college experience. They visit the VRC regularly to access the computer lab, print assignments, use the study area, receive tutoring and borrow from the textbook lending library. The Warlitners eventually moved to The Dalles, Ore., where they found a house that fits their budget. They commute each day to Vancouver, Wash., to take classes, while their children attend the Oliva Early Learning Center. They do that drive because of Clark’s VRC.

“I need people to sit down with and joke with and not feel out of place. The camaraderie here is what I had on active duty,” she said.

Without the VRC, Warlitner believes she would not have been able to complete the more than 15 credits per quarter she took while attending Clark. Because of the support she received—and her hard work—she maintained a spot on the honor roll and was a member of the Phi Theta Kappa honor society. In addition to her studies, she worked at the VRC to help support her family.

While in the military, Warlitner discovered she had an aptitude for identifying patterns in data. A class with Clark computer technology instructor Bruce Elgort boosted that passion, steering her to an interest in software instead of the hardware she repaired on Navy vessels.

She studied Network Technology—routers and information technology—before heading to Washington State University Vancouver in 2019. Once at WSUV, she changed her mind and decided to dive into numbers, enrolling in an accounting program with a minor in mathematics.

The change was practical: while studying for college degrees and raising children, the couple started a small business—Cherry River CBD. Having skills in bookkeeping and accounting practices will be essential in the success of their handcrafted products like bath salts, scrubs and muscle gels, infused with CBD oil from industrial hemp plants grown on their family’s farm in Woodburn, Ore.

Even after transferring to another institution, Warlitner continues to spend time at Clark’s VRC to relax and unwind.

“I haven’t found [this atmosphere] any other place. The greatest benefit the VRC provides is a safe place to converse with fellow veterans… In the VRC, I feel a part of the group,” she said.

It’s common to hear veterans talk about Clark’s VRC as a comfortable and welcoming place. Jaime Ackley, 44, a former Army surgical scrub technician, enrolled in Clark after she, her husband and 12-year-old son, moved to Vancouver from Grants Pass, Ore., in 2018. She retired from the military in 2014 following injuries to her feet. Several years later, she began having seizures, which required access to affordable medical care. Being in Vancouver puts her close to the Veterans Administration Hospital and to Clark College.

“Within three days of moving here, I went to Clark and walked into the VRC and asked to see an official to help me figure out what I needed,” Ackley said, who had visited Clark’s website to research the VRC.

Mike Gibson, a financial aid specialist with expertise in veterans affairs, reviewed the GI benefits she was entitled to and other resources to pay for Ackley’s tuition, books and housing. Today, she’s enrolled in Clark’s Business Administration program and works 25 hours a week as a work-study student. Though she’s no longer in the military, Ackley’s stress level is still high.

For 13 years, she was the primary financial provider for her family. Her husband suffers from chronic fatigue syndrome, is disabled and unable to work outside of their home. He is a stay-at-home dad. Ackley has 20 years of experience in wellness and health care including massage and medical assisting, but her seizures have left her ineligible for state recertification. She no longer could work as a surgical technician. She hasn’t worked in direct patient care since August 2018. 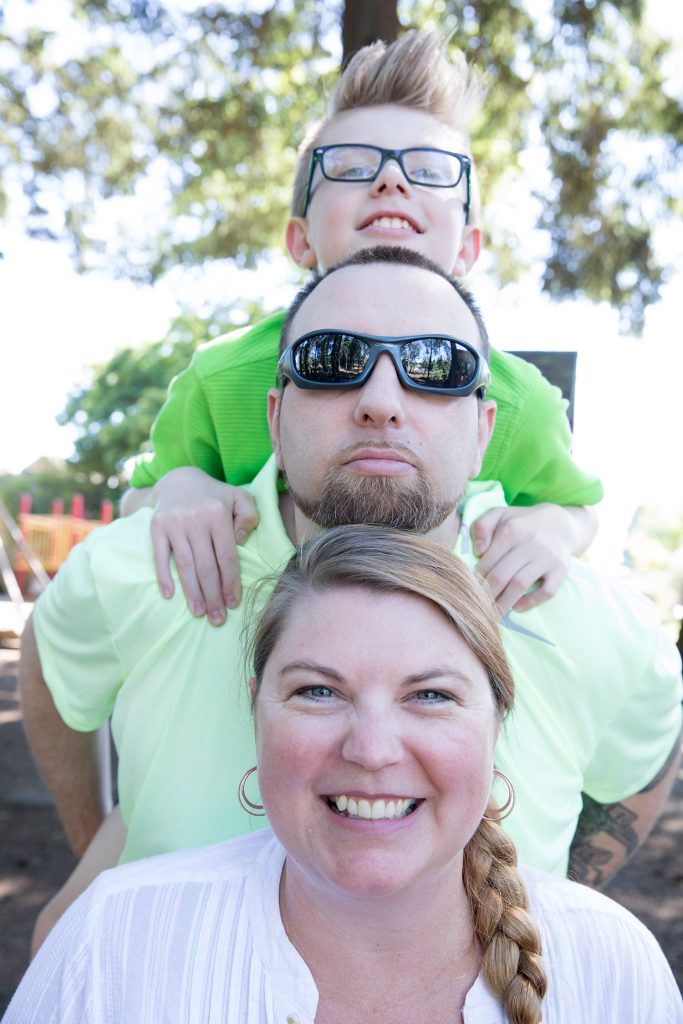 “We had to change our lifestyle from when I was working in the hospital. It’s been a huge switch for my family,” she said.

They now live paycheck to paycheck, and some months the paycheck doesn’t cover all their expenses. Nevertheless, she must still work and go to school within the confines of her health.

“I’m always battling my health issues and seizures,” she said. “Because of my seizures, I am relearning how to handle things.”

This is where the VRC comes in. “The VRC has relieved the anxiety of my stress,” she said.

“When I’m struggling with my seizures, everyone [at the VRC] is open and understanding. Everyone allows me the space to have a seizure and no one makes a big deal of it,” Ackley said.

The type of seizure Ackley has is not epileptic. Instead, she describes the episodes like falling asleep or the feeling of her mind spinning. She tends to experience them when she’s reading complex subjects or having to think about concepts she’s not familiar with—like studying college coursework.

She doesn’t need medical treatment; rather, she prefers a quiet place with low stimulus to allow the episode to pass.

“I don’t want security called. It’s a battle buddy thing,” she said, referring to how she calls upon her military friends to assist her. “I have a safe space to allow my body to do its thing, and I know my VRC family will be there to keep an eye on me. No one is judgmental,” she said.

Ackley and Warlitner are two examples of veterans who have hit their stride thanks to the VRC. As a vital part of Clark’s guided pathways model, the VRC helps get students on the path to higher education, keeps them on the path and ensures they are taken care of and learning along their path.

Rhonda Morin, APR, is the editor in chief of Clark Partners. 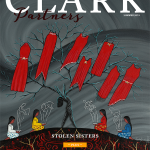 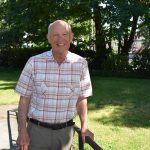