A woman with stylish hair, chiseled cheekbones, wide eyes and a smooth, creamy face adjusts her gray-fitted blazer as she eases her small frame into the chair before the search committee.

Both have impressive résumés and give excellent interviews. Candidate number two has a few more qualifications that align with the job. Nevertheless, candidate number one gets the job. Was it systematic privilege?

Debi Jenkins, a Clark College professor in the Early Childhood Education and Psychology departments, dedicates whole courses to the topics of privilege, power and inequity. She helps her students understand how they benefit—or not—from systems of prejudice and discrimination that use identities such as race, gender, class status and others. 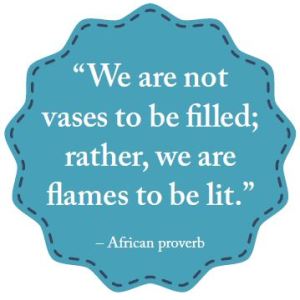 One three-credit course focuses on self-reflection. It challenges students to dig deep, into uncomfortable places, to examine how systems that are in place within our society collectively affect us.

The online course, called Reflective Practices in Early Learning (ECE 133), is highly popular; people from around the globe register because they’ve heard how rewarding and thought-provoking it is.\

Jenkins is the brainchild of a theory called the IST of an ISM. It’s a way to talk about cultural and intercultural competence, as well as power, privilege and inequity. She teaches this method in her class.

“The theory is about historical inequity that has led to present-day inequity providing unlimited access and resources for some societal groups (the IST), while limiting access and sustaining systemic oppression for other societal groups (not the IST) and the societal structures of power and privilege (the ISM),” she explains.

The concepts are deep; they require critical thinking, multiple conversations and the reading of many resources to begin to understand the complexities.

That’s where Jenkins begins to peel back the layers. She spends time explaining how the IST of an ISM is not about a personal experience; rather, it’s the benefits reaped from having prejudicial systems in place.

Jenkins explains: “Appearance plus systemic power equals look-ISM. The IST of this ISM (the look-IST of look-ISM) would be those who meet societal standards of beauty or attractiveness. If you are considered attractive in size and facial structure, then you are provided access to privilege in part on how you look. Those who do not meet the societal standards of beauty receive less access, privilege and even oppression.”

Students tell her these systems of privilege don’t apply to them or that they don’t stereotype people. But she’s quick to offer examples of how they do in fact gather power or she challenges them to reach deeply into their “soul” to examine their beliefs.

“We are not vases to be filled; rather, we are flames to be lit.” This African proverb embodies words by which Jenkins lives and teaches. She refers to the proverb frequently in a single conversation and it appears on her website, Share the Flame.

She’s been teaching for more than 20 years. Throughout that time, Jenkins has incorporated strategies that nurture the souls of her students and ignite the flame in them so that they are encouraged to dismantle oppression and nurture the souls of those with whom they connect.

Those strategies include tools for identifying and moving forward in how one develops over a lifetime. She uses national survey products that show how people can move from denial and polarization to acceptance and adaptation when recognizing and responding to cultural differences.

The two decades of preparation have entailed years of academic work. She holds an associate degree in Early Childhood Education from Clark College, a bachelor’s, two master’s degrees and is working on her doctorate. Jenkins, Clark’s Behavioral Sciences’ division chair, is also an experienced life coach, bicultural development specialist and dynamic presenter specializing in diversity and equity issues, institutional change and human development. In 2009, she received the YWCA Woman of Achievement accolade.

Conflict is OK; in fact, it can open doors. And though it may be uncomfortable, the feeling can be motivating if you’re equipped with skills for moving through the conflict to the next level.

“Students fear the disconnect. But then we get to talk about conflict maintenance such as ‘How can you keep everyone on the same bridge despite the discord?’”

She describes it like the flu shot you get at the doctor’s office. “It’s going to sting a little at first, but then it’ll stop.”

You take risks learning about others, but there is a rich return in getting to know someone despite what public opinion says about a person or group of people. Helping students learn strategies for handling different situations, allows them to process and grow, according to Jenkins.

“I want to be present to help them process their disequilibrium. I am always excited to read their responses because I can see their growth, development and change,” she said.

Jenkins fills their toolboxes with ideas and strategies for formulating authentic solutions. She warns against the pitfalls of comparing yourself to others, for example, because such a mind frame limits one’s capacity for getting to know what is different about others.

“A relationship is not just about the part that works for you,” she explains, adding, “It’s not about just filling a vessel.”

Instead, adding skills that teach how to be on the bridge with others assists with all aspects of life, from being a student or an employee at a job to other interpersonal relationships.

The abundance of course offerings at Clark College is deep. Though Jenkins’ course falls under the Early Childhood Education curriculum, it’s an example of a life-skills course that has overarching benefits for navigating the complexities of relationships and helping to shape, and reshape, belief systems. 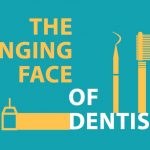