They and their parents commit to a significant investment that is promoted as the key to a better financial future. As more and more colleges and universities compete to attract students, the students are demanding that the colleges be held accountable for what they promise. Maine lags slightly behind the nation in the number of high-school graduates who go to college and graduate, according to the Maine Sunday Telegram. In a January 21, 2007, story, â€œBucking the Trend,â€ the Maine newspaper claimed that only 26 percent of Mainers aged 26 to 64 have bachelorâ€™s degrees.Â Thatâ€™s the lowest rate in New England and 2 percent lower than the national average of 28 percent. Thomas Collegeâ€™s G-Job Program is Unique in American Colleges. (Thomas Magazine Summer 2007) 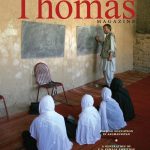 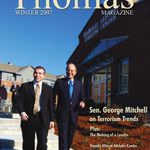