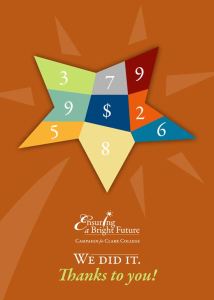 Clark College Foundation earned gold in the best-of-the-best competition for fundraising campaigns from the Council for Advancement and Support of Education (CASE) District VIII. The accolade recognizes excellence in marketing and communications among more than 130 advancement institutions in the Pacific Northwest.

The foundation won for its Ensuring a Bright Future: Campaign for Clark College in the Best Practices in Fundraising Campaigns category. Rhonda Morin, director of communications for Clark College Foundation, spearheaded the production of collateral and other materials including a timeline of the 5-year campaign that appeared in Partners Magazine, campaign brochures detailing projects to be funded, invitations, videos and a website.

“This is one of the highest honors a college fundraising team can receive—to be recognized among their peers,” said Lisa Gibert, president/CEO, Clark College Foundation. “Rhonda Morin, as well as other current and former Clark College Foundation and Clark College staff members and board members played a role in the success of this historic campaign. To receive recognition that we rose to the top in our communications efforts within our large Pacific Northwest district is a distinct honor.”

The winning submission also included a case statement, descriptions of a feasibility study; the building of new and strengthened relationships with individuals, corporations, organizations and foundations; and a campaign conclusion celebration including colorful numbered placards held by students that revealed $26,593,789 raised for student success at Clark.

The foundation also established a relationship with Hollywood actor and Clark alumnus, Sam Elliott, who recorded the voice-over for television commercial tag lines. Elliott’s voice was the sound brand of the campaign.

New this year in CASE’s annual communications awards was the platinum category that recognizes the best-of-the-best programs and practices in educational fundraising. Gold, silver and bronze awards are generally given in this category. One grand gold award—a national accolade—will be chosen from all of the entries in June 2015.

The Ensuring a Bright Future: Campaign for Clark College was a $20 million comprehensive campaign enabling the college to broaden access to education and meet the region’s economic and workforce training needs. It was the largest campaign in terms of goal and dollars raised in the 80-year history of the community college.

Despite a campaign that ran right down the middle of the Great Recession, Clark College Foundation surpassed its $20 million goal—the total amount raised was $26,593,789. The campaign took five years and welcomed 4,000 donors. Campaign goals were met in multiple areas including early learning, dental hygiene and other health science areas, scholarships and endowments.

Morin will accept the gold award during the CASE District VIII Conference at the Seattle Grand Hyatt, February 5, 2015. 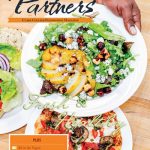 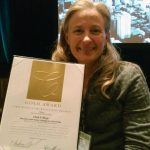