Professor Roberto Anitori has spent his career studying extremophiles—organisms that live in extreme environments. He’s worked in Antarctica, researched how extreme organisms live and thrive in volcanoes, deep-sea vents and radioactive hot springs. In this edition of Penguin Chats, Anitori talks about a modern hand-held device his students are using to identify the genetic makeup of dirt. The study could lead to the discovery of new antibiotics to help with the alarming global resistance to current antibiotics. Reprinted with permission from Clark College Foundation. 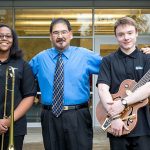 Birds of a feather make great music together podcastAudio/Video 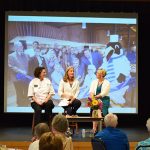