Clark College and Clark College Foundation are working in concert with regional businesses, political leaders and the public to develop a plan for a new campus on the nearly 70 acres the foundation owns in Ridgefield, Wash.

The work for Clark College at Boschma Farms consists of drawing up a long-range master plan for pre-design and design phases, which are estimated to cost more than $5 million. Community forums held in October provided area residents and businesses with a draft of the master plan and an opportunity to comment. The college finalizes the master plan in December 2016.

Clark College at Boschma Farms represents a long-term visionary chapter for the future of the community college, made possible by land gifts from the Boschma family and Ridgefield East 1 Associates LLC.

The communities in and surrounding Ridgefield, Battle Ground, Woodland and Kalama are identified by regional economists as a strong growth region. The college’s 2007 Facilities Master Plan identified north Clark County—known to residents as “North County”—as an area where the college could fulfill its mission of providing access to an underserved population. The Washington Legislature approved the project concept in 2009.

Initially, one 70,000-square-foot, state-funded building will be built, with up to five more constructed over the next three or more decades, allowing the college to accommodate the region’s educational and job training needs. College officials are still discussing the types of programs that will be housed at the campus, but have indicated that there is community interest to have manufacturing and technical courses offered.

The newest satellite campus came to fruition as a result of philanthropic gifts. In 2014, as Clark College Foundation was negotiating a land transaction, the Boschma family and Ridgefield East 1 Associates LLC offered a discount on two separate tracts of land. The two land gifts—totaling $3.85 million—became part of the foundation’s fundraising campaign. Subsequently, nearly 70 acres of land at a value of $11.6 million was purchased for $7.7 million.

The design and construction of facilities will come from the state of Washington. The college requested $5 million in state funding for the pre-design and design work. Officials anticipate state approval during the 2017-2019 legislative biennium period. Clark also requested funding to build the first 70,000-square-foot building. If the project is approved, construction will begin in 2019. Officials anticipate the building’s completion in 2044 or later. Over the next 30 years, Clark expects to add more buildings on the site for a total of six structures, plus commercial retail buildings.

Once buildings and programs are available, students from Woodland, Kalama, Battle Ground and Ridgefield will choose Clark College Boschma Farms to attain their educational goals, officials at Clark College predict. The next closest community college to the north is Lower Community College in Longview, 30 miles from Ridgefield. A campus in Ridgefield—part of Clark’s service district—will provide access to an underserved area.

The site is located at Exit 14 east of Interstate 5 in Ridgefield, Wash. 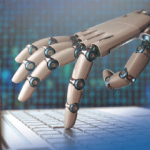 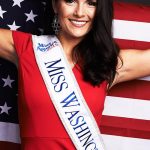