“The important thing is to feel your music, really feel it and believe it.”  ~ Ray Charles 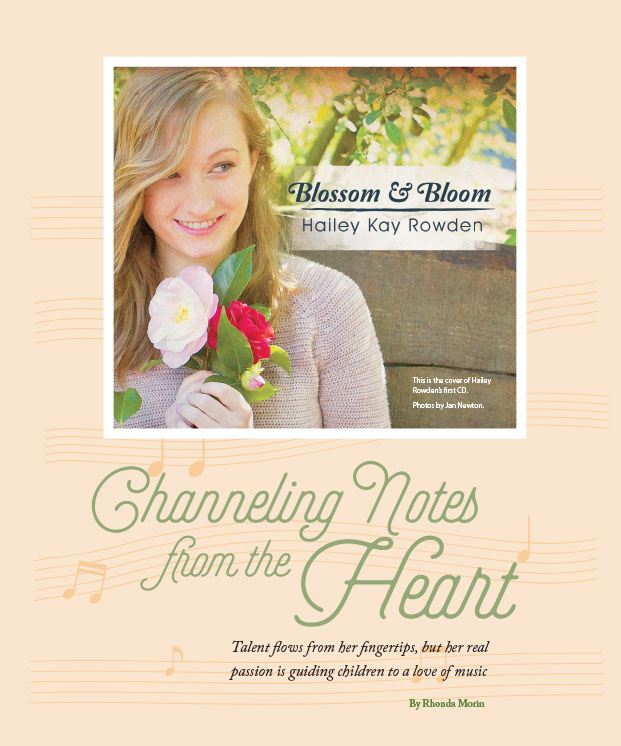 The great master’s music – Johann Sebastian Bach—is very tough to play. At times a Bach fugue has two independent melodies being played with the left hand, two with the right, and folded in is yet another melody with its own cadence. The music is temperamental, horizontally layered and frustrating enough to create a headache.

Pianist and Clark student Hailey Rowden uses the power of association to relax herself through complicated arrangements like pieces from Bach. She has trained her brain to think of a piece that feels similar, though doesn’t necessarily sound the same and strengthened her fingers to respond to the speed and dexterity of playing well. For Bach’s Prelude and Fugue in B flat major, she calls upon the Hanon piano finger exercises she’s practiced so often that the hand and finger movements are almost natural.

The 20-year-old has used memory triggers with her music since she was a child, studying under Michael Allen Harrison. Harrison is a Northwest composer, musician and founder of the Snowman Foundation, which provides musical instruments and teaching scholarships to children, schools, churches and other organizations. Rowden has studied with Harrison since age 12, shortly after Harrison heard her play at a Salvation Army recital.

“When you meet someone, you can get a whisper or an idea and you need to take action,” said Harrison about the first time he heard Rowden play. “I take action in moments like that.”

At the time of that meeting, Rowden was herself a teacher, instructing up to 13 children at a variety of ages to play the piano.

Harrison was impressed by that feat alone.

“Her style of giving is unconditional,” he said, adding “she comes from a perspective of others.”

The oldest of four children, Rowden was raised in Gresham, Ore. Her father, Darin, is a drummer and was the motivator behind Rowden’s introduction to rhythm and eventually classical music. He and his wife, Natalie, were her home-school teachers. Rowden and her siblings received their education at home from the time they were toddlers through adolescence. In fact, Rowden’s very first experience in a classroom was last fall at Clark College.

“Class was scary at first, but I feel I belong here,” she said. She’s in the Honors Program, has taken general courses in music and hopes to play piano in Clark’s Orchestra in the winter. Teaching, however, is where her passion lies. She’s pursuing a transfer degree at Clark in preparation for a bachelor’s in music education.

Already, more than 80 students have benefitted from her lessons. It’s a number that amazes a seasoned instructor such as Harrison. Because of their connection with Rowden, many of these students have received used instruments donated through a Snowman Foundation program called Play it Forward. The program matches qualified music students with donors’ instruments.

Her enthusiasm for teaching is palpable. Amy Johnson has seen Rowden capture the attention of a room full of sixth graders. The former executive director of the Snowman Foundation was at Floyd Light Middle School in Portland, Ore., as Rowden played for a few minutes on the piano. Then she told them she had a new song she’d written, but had not yet given it a title.

“What would you call it?” Johnson recalls Rowden asking.

“Blossom and bloom,” was the response.

The song was dubbed “Blossom and Bloom” and, likewise, the CD that followed carried the same title.

“I was blown away at how Hailey brought those students into what she was doing,” Johnson said, “and how at ease she was and how encouraging she appeared to be with them.”

Rowden is particularly driven to make a difference in the lives of children. She patiently and painstakingly works with each individual, playing notes, asking them to repeat the notes back to her, slowing down the pace and making herself approachable for them.

“You have to let them want to learn from you,” Rowden said. She often explains that learning piano is like learning to walk; first you crawl, then you fall, then you may walk for a bit.

“You are only trained when you fall less,” she said, adding that training her students to play slowly often helps them better hear and understand a passage. 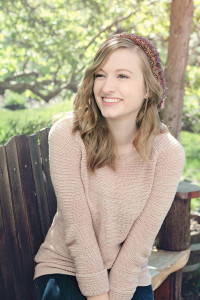 Johnson believes Rowden is a grateful human being who enjoys giving back.

“She’s there especially for the kids who don’t have the means for music lessons,” Johnson said, adding that it’s reflective of her life. Rowden has worked hard to discover, peel back and polish her talent with generous donations of time from professionals like Harrison.

Her rewards have been many. She’s played at the Arlene Schnitzer Concert Hall at a Ten Grands’ performance both as a young performer and now, as a professional. Ten Grands is an annual Snowman Foundation fundraising concert performed at the Portland, Ore., concert hall consisting of 10 pianos and 10 pianists.

She plays preludes by George Gershwin to relax after a busy day, but it’s the process of delivering music into another person’s heart that fulfills her.

Clark College will be Rowden’s laboratory of learning through next spring, when she anticipates she’ll graduate. She’s taking an extra heavy load of courses in the winter quarter—20 credits—to enable her to graduate early. Her schedule is jam-packed with school, community service events, fundraising for the Snowman Foundation and concerts. In December, she will play throughout the month as part of Michael Allen Harrison’s 25th anniversary season of Christmas at the Old Church. 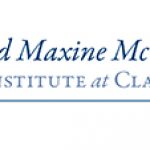 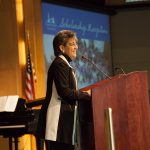