In one short season, Beth Hamrick Graves performed on the court like no other woman in the history of Clark College. Averaging 23 points per game, she still holds the NWAACC record during a tournament by averaging 29.3 points per game. She also
led the NWAACC in free-throw percentage during the 1994-95 season by shooting an astonishing 86 percent. She helped the Penguins achieve a 12-2 league title, finishing first in the west and 21-7 overall. 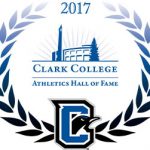 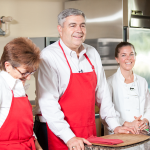 In the Kitchen with Bob & Lisa VideoAudio/Video